Born into the rich Labermen family 364 AD there were no expectations for Laura. It was planed before her birth she or he would marry into another of the wealthy family’s in Newcrest. Laura was sickly child and without proper care she would not have lived for more then a month, so her family spared no expense to capture a ravid (a creature with incredible healing abilities). Laura and the ravid got along well and soon became inseparable, often getting up to mischief and pranking the manor staff or her uncle.

Lauras mischiefs behavior only increased when she noticed that she could effect peoples minds with her thoughts. Using her new powers to trick people into giving her extras deserts or making them forget who broke the vase, Laura was always finding uses for her powers. She never told her family about the powers, fearing they might get mad.

On Lauras eighth birthday while playing on the outskirts of the family grounds, Laura was kidnapped by her uncle. Her uncle took Laura to the village Eeastin where he would hold her for ransom and get his revenge of the ravid that had pranked him to the peak of madness. Laura was rescued by a team of heroes, The Smoking Aces, they subdued her uncle and helped the ravid find Laura. It was on this day Laura knew she was destine to become an adventure. One of her heros suggested Laura return to her family and much to her dislike of the idea she agreed.

By the time Laura returned home her uncle was already there and was telling a false story to her parents about how he found and saved Laura. Angry and frustrated with her uncle she used her powers to make her uncle admit the truth, her parents were furious and had the uncle imprisoned. They then attempted to take the ravid away from Laura as she was no longer sickly. During a struggle with her parents to stop them from taking the ravid away, she used her powers to make them stop but she used to much and her parents stopped moving altogether. Unwillingly Laura had put both her parents into comas, immediately searching for help Laura fetched the town guard. When she said it was an accident the guards attempted to arrest her, panicking Laura and the ravid ran from them.

Afraid confused and upset Laura and her companion fled the city and headed towards Esteron as Laura knew they might have answers to controlling her powers and saving she parents. On the way to the city of heroes Laura and the ravid ran into trouble on more then one occasion, forcing Laura to use her powers to manipulate potential attackers. Upon arriving in the city she was taken in and her long journey as a hero began. She had also send letters to her family and The Smoking Aces telling them she was safe in Esteron. 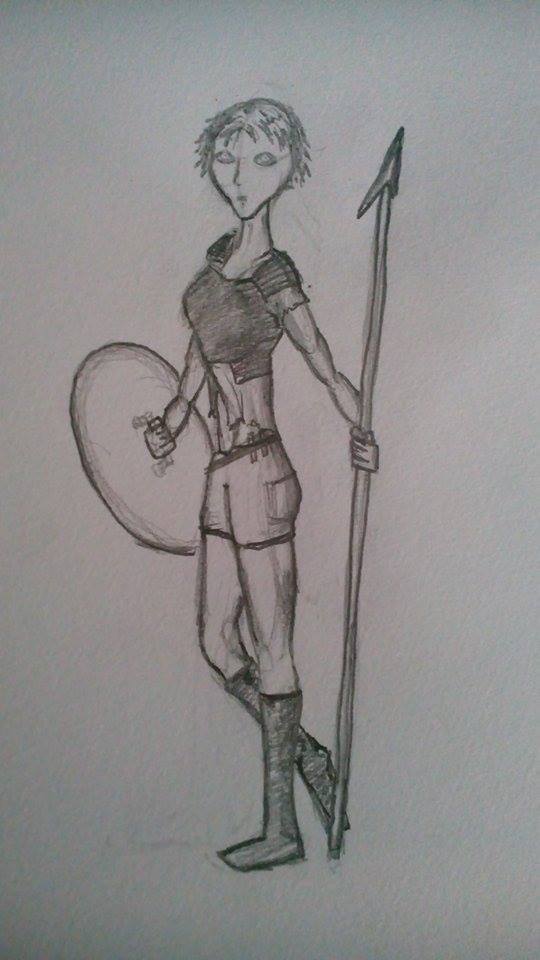