HaHaHa whats that behind you ear?

Age:N/a
Gender:Male
Race:N/a
Looks: Older looking man with a large curly mustache, slightly big belly and average height, there is always a kindly sparkle to this baby blue eyes.
Equipment:Magic items up the wazzoo, he has what looks like home made clothes, a floppy hat and various small bags and dangling charms all over his body.

Barnabus is a seemingly powerful fellow but very rarely will anyone see him use real magic. It is unknown what powers he could possess although it is know he is a master of silly tricks. He is a fun nurtured creature who spends most of his time outside the city of Esteron, Waiting for fresh heroes to dazzle and amaze with his tricks. Also selling discounted and abnormal magic items to the heroes that may need them. If he is not at Esteron he is traveling the land.

There is no place this man has not seen. from the Savge Lands to the south, Tamarr to the north, the Dreadmarch to the east and even to lands beyond the sea in the west. It is from these travels that he acquires all his wonderful wondrous items. Although not once has he fraught a monster for them or delved to the bottom of a dangerous dungeon. All the magic item he finds are in trees and that he will swear by.

Over the centuries of roaming the lands he came upon an eccentric elf named Delmero. Delmero was very interested in the way Barnabus danced. He would often beg of him to share his ‘knowledge of the dance’. It took some convincing and a dragon egg for Barnabus to agree (as dragon eggs are his favorite thing ever!). After many weeks practice Barnabus had taught him the dance but while dancing the dance Delmero said the words ‘i wish i was better at dancing then you’. After that day Barnabus could never dance again.

Barnabus will try his best to play a roll in everyone life, his only goal to make people happy. In such times as the world ending its hard to frown when hes around. 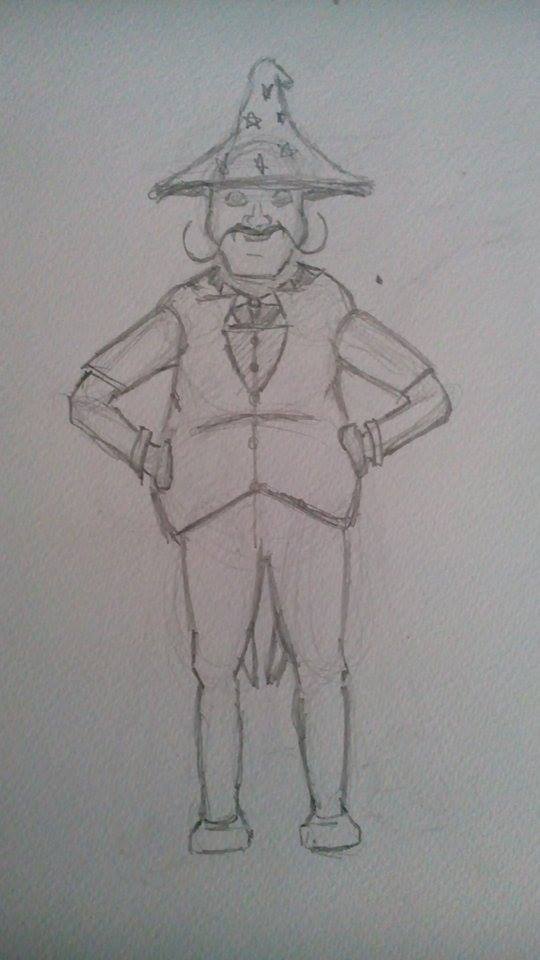